Make a Break for the ABQ BioPark 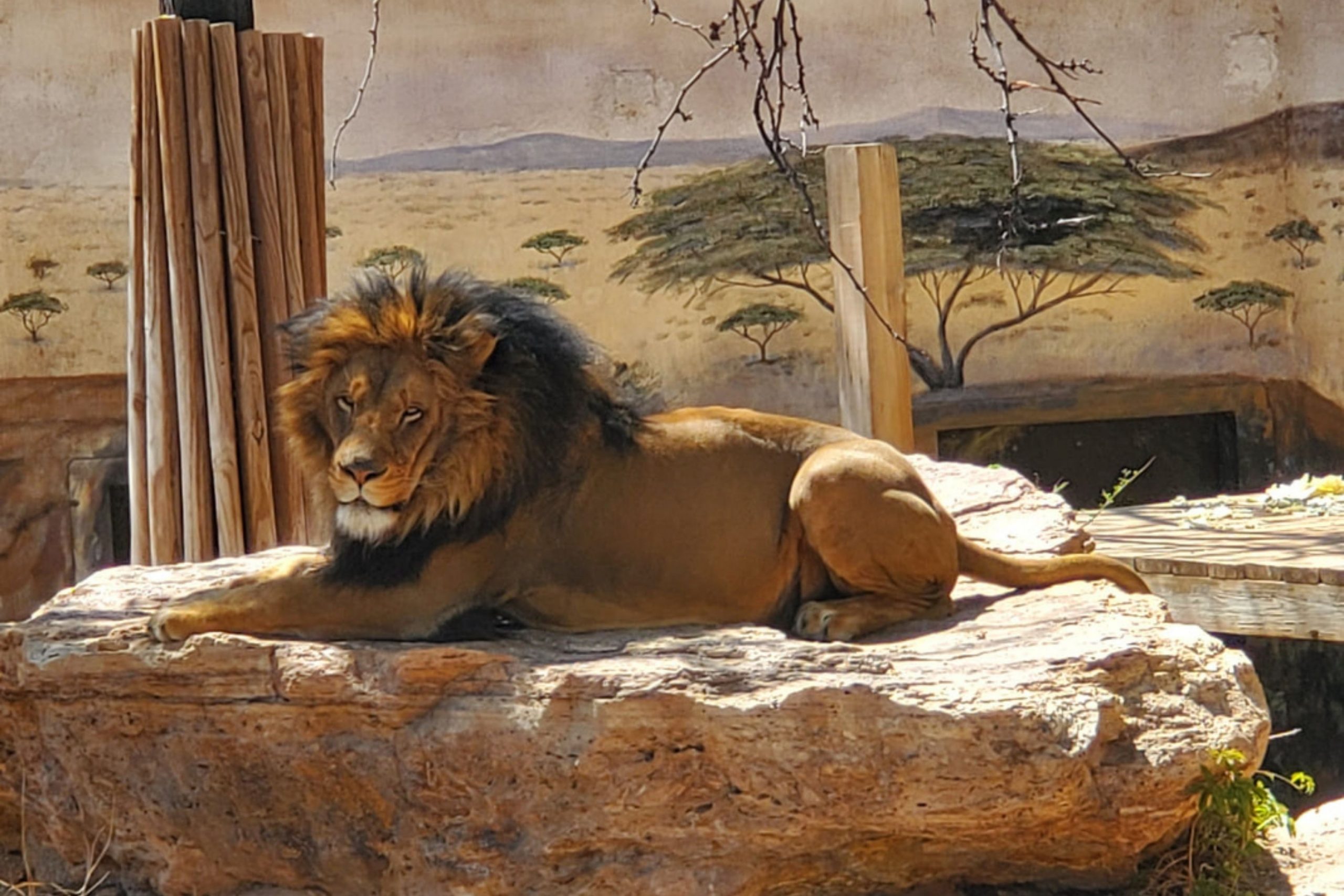 Make a Break for the ABQ BioPark

The birds, plants, ducks, fish, reptiles, insects and mammals are ready to welcome us back.

The Albuquerque BioPark is a diverse, stellar, family escape to the great outdoors. About an hour’s drive from Santa Fe, it includes the zoo, botanical garden, aquarium and Tingley Beach. Just in time for summer, all BioPark venues are open, though there are still capacity limitations and minor closures due to COVID restrictions. It is best to plan the trip in advance, as the zoo, botanical garden and aquarium require online reservations or “timed ticketing.” Though operations are not quite back to normal, there is plenty to enjoy and the trip to Albuquerque is well worth it. The most up-to-date information can be found at cabq.gov/artsculture/biopark.

I visited the BioPark with my three children, ages 7, 7 and 10, numerous times during the spring, and I never had trouble convincing them to go. In April, my family attended a Saturday birthday party at the zoo, on the lovely field of grass in front of the duck pond and main concert stage. While resting under a shade tree on blankets, our party marveled at our ingenious way to be together picnicking on sandwiches and birthday cake. After the celebration, the birthday child’s parents wheeled a cooler back to their car before we began our animal tour. 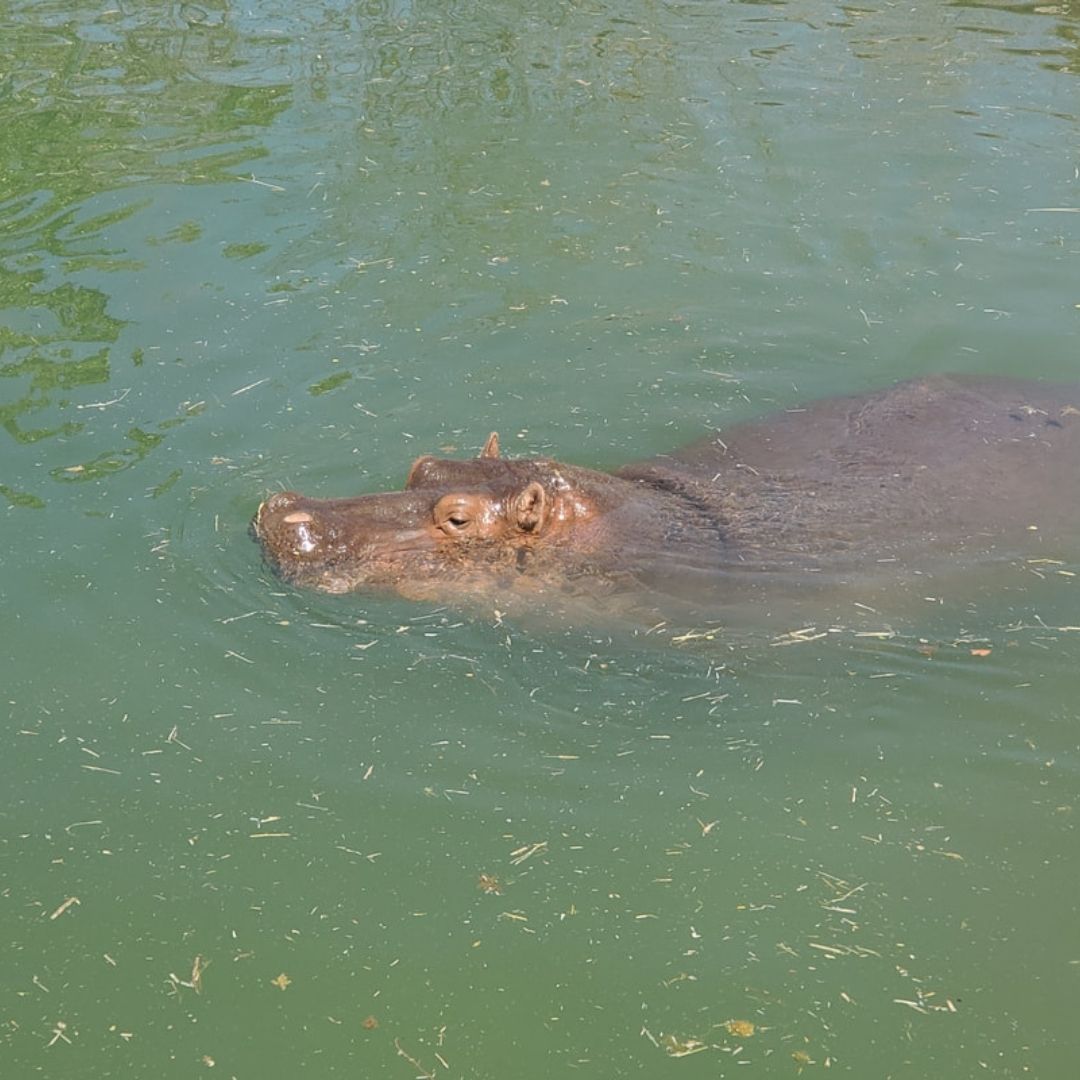 We decided our first stop would be the newest exhibit, the Penguin Chill, which opened in July 2019. Since the penguins are indoors, there may be a line to enter, but our group did not mind the short wait. The state-of-the-art building is so huge — 14,500 square feet, with high ceilings and good ventilation — that it felt safe to meander and stare at the penguins swimming in their 75,000-gallon tank beneath our feet. We loved seeing the gentoo, king and macaroni penguins waddling near the simulation of aurora australis or southern lights, the Antarctic version of northern lights. Unfortunately, the interactive touch experiences — for example, ones highlighting the detrimental effects of climate change — were not operational (though hand sanitizing machines were dispersed throughout). Also, the penguins cannot be viewed from 1:30 to 2:30 p.m. because the exhibit is closed for cleaning.

Next, we walked to the nearby, surprisingly active, large cats. Though the zoo is housed on 64 acres, it is not exhausting for little legs to traverse. As the small spotted African serval, named Savanna, walked around her enclosure, two zookeepers talked to our kids about her age (20 years old) and how she feels comfortable when the veterinarians monitor her health. A male lion was lying upright on a rock, regal as ever, and the mountain lion was pacing and eyeing us with interest, as was the beautiful and very rare snow leopard.

For those who find it depressing to see such majestic animals enclosed, consider that the Albuquerque Zoo has a successful snow leopard and grey wolf breeding program, conducts scientific research, and creates natural habitats to entertain and educate the public about endangered species. Without zoos like this one, many of us would never experience up close and personal gorillas, orangutans, lemurs, vultures, golden eagles, flamingos, white rhinos or rattlesnakes. Even the zoo’s Asian elephants live in a modern breeding facility made up of three large yards. The last calf, Thorn, was born in May 2018, and he and the multi-generational herd can be seen from various viewing locations bathing under a waterfall or playfully spraying each other in the pond.

Presently, the crocodile, polar bear, giraffe and hippo feedings are suspended, and the live animal encounter education show is on hold. Our kids were sad that the Endangered Species Carousel was closed, as well as the new multiple level climbing play structure (with a look-out tower to the adjacent elephant and giraffe exhibits). The only silver lining is that the zoo experience is more relaxing — no need to check the time and run over to catch every feeding or activity.

One recent change at the BioPark, unrelated to COVID, is the small zoo train and another train that connected the zoo to the aquarium and botanical garden, are no longer running. Instead, the city of Albuquerque is planning to build an electric tram-shuttle between the two venues. The city is also moving the old zoo train to the botanical garden and the attached Heritage Farm site. For now, if you want to explore the zoo and the botanical garden in the same day (which, in my opinion, is too much for young visitors) you must drive the short distance from one to the other. ​ 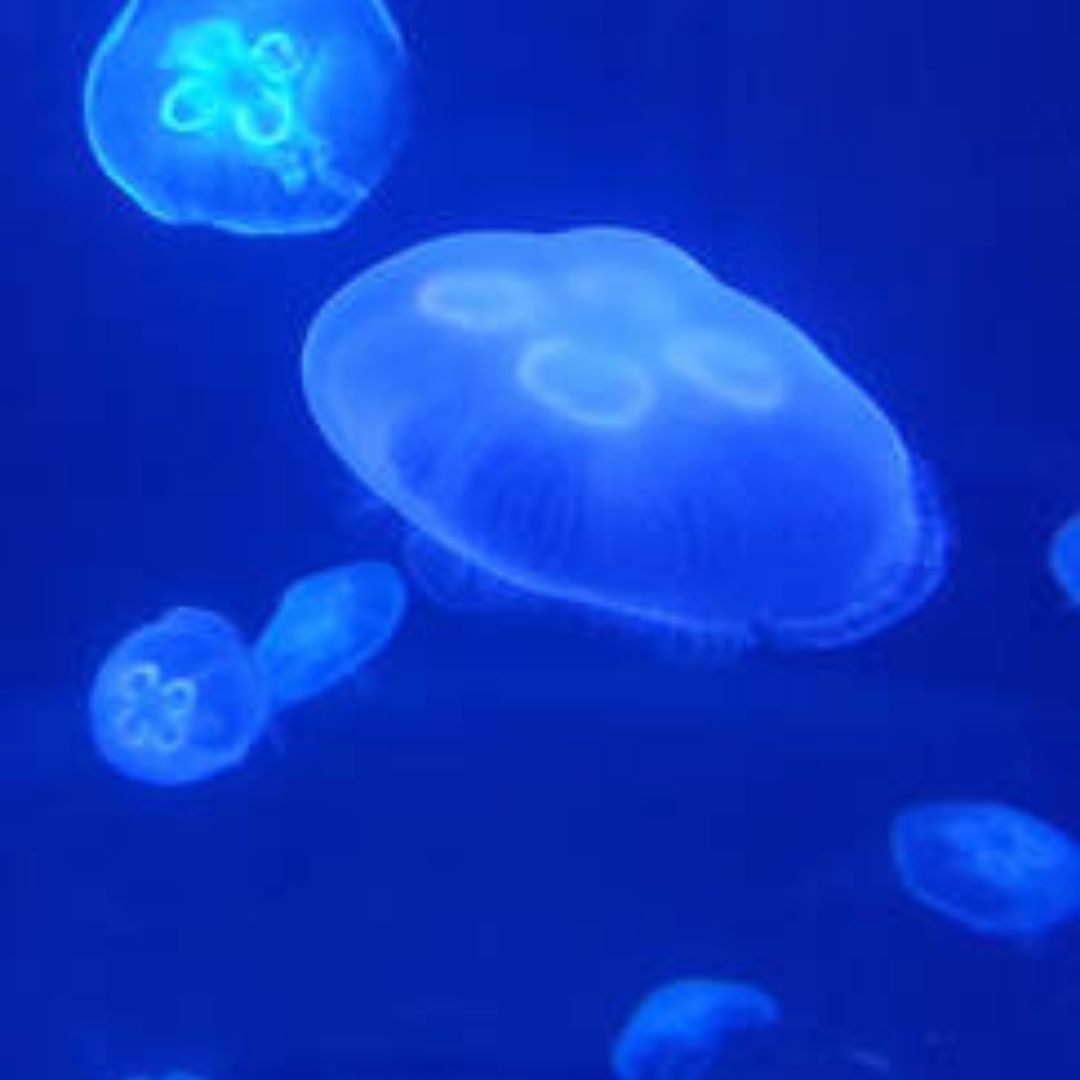 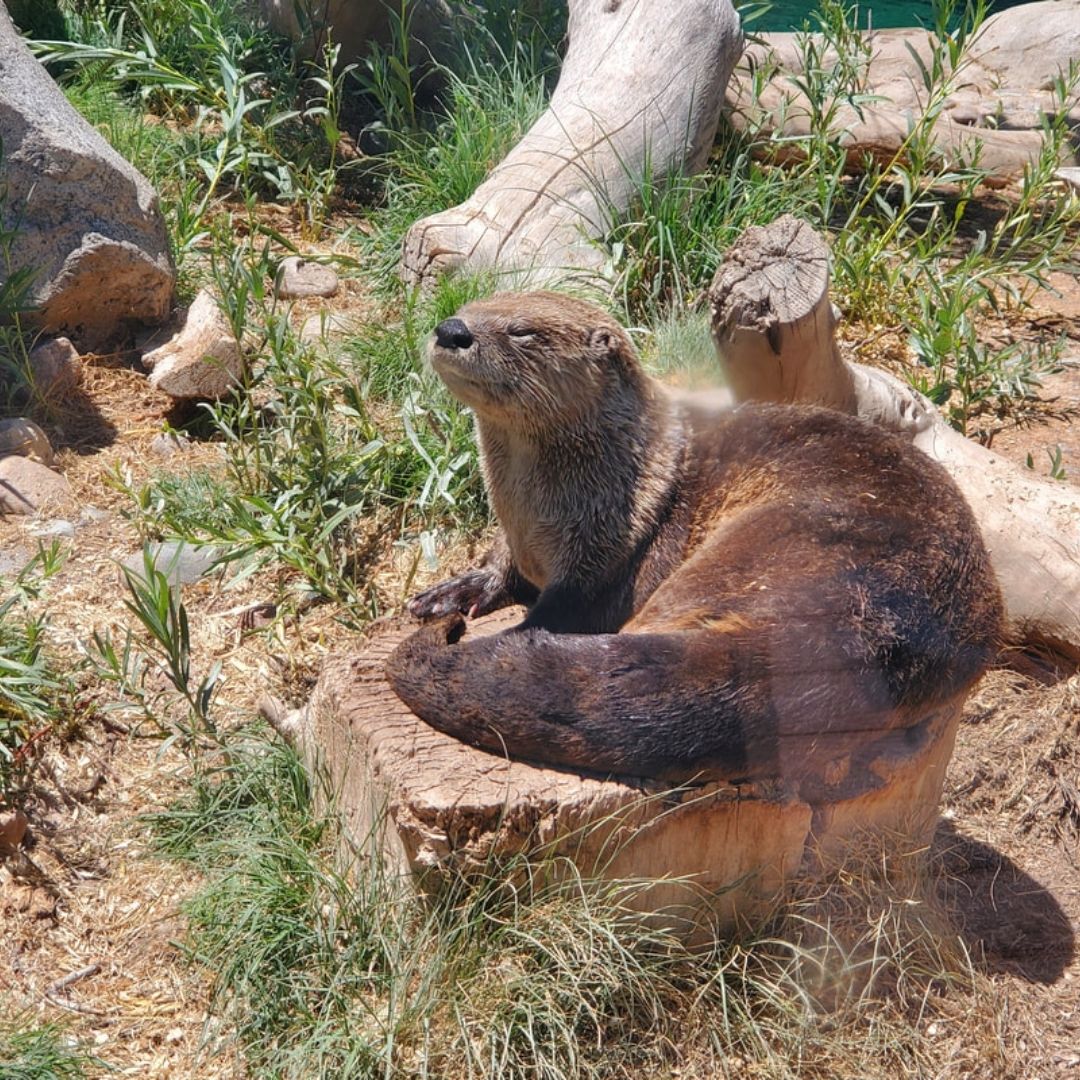 My kids love the 36-acre botanical garden as much as the zoo. The hidden Japanese Garden includes a large waterfall, rock garden, pagoda structures, a large bell tower, wooden bridges and lake with hundreds of koi. We spotted a porcupine high in a tree near the Japanese Garden’s bamboo forest. Due to the proximity to the Rio Grande bosque, a few wild animals call the botanical garden home.

We also saw turtles sunning on the rocks in the lake near the Mediterranean and Desert Conservatories. Nearby, the miniature trains are running in the Railyard Garden, Wednesdays through Sundays from 10 a.m. to 4 p.m. The 400-foot loop of brass rails pass through villages with animals, trestles, bridges and tunnels. Parents can rest on benches while kids run back and forth chasing the trains.

Behind the trains is the Children’s Fantasy Garden and a 14-foot-high dragon guarding its medieval castle entrance. All along the outdoor paths are Alice in Wonderland-sized insects, bird eggs, vegetables and an enormous walk-through pumpkin replete with hanging seeds and stringy pulp. In the same area is the awe-inspiring outdoor Butterfly and Bee Pavilion and the indoor BUGarium, home to leaf cutter ants, scorpions, tarantulas, Malaysian walking sticks and naked mole rats, to name a few. 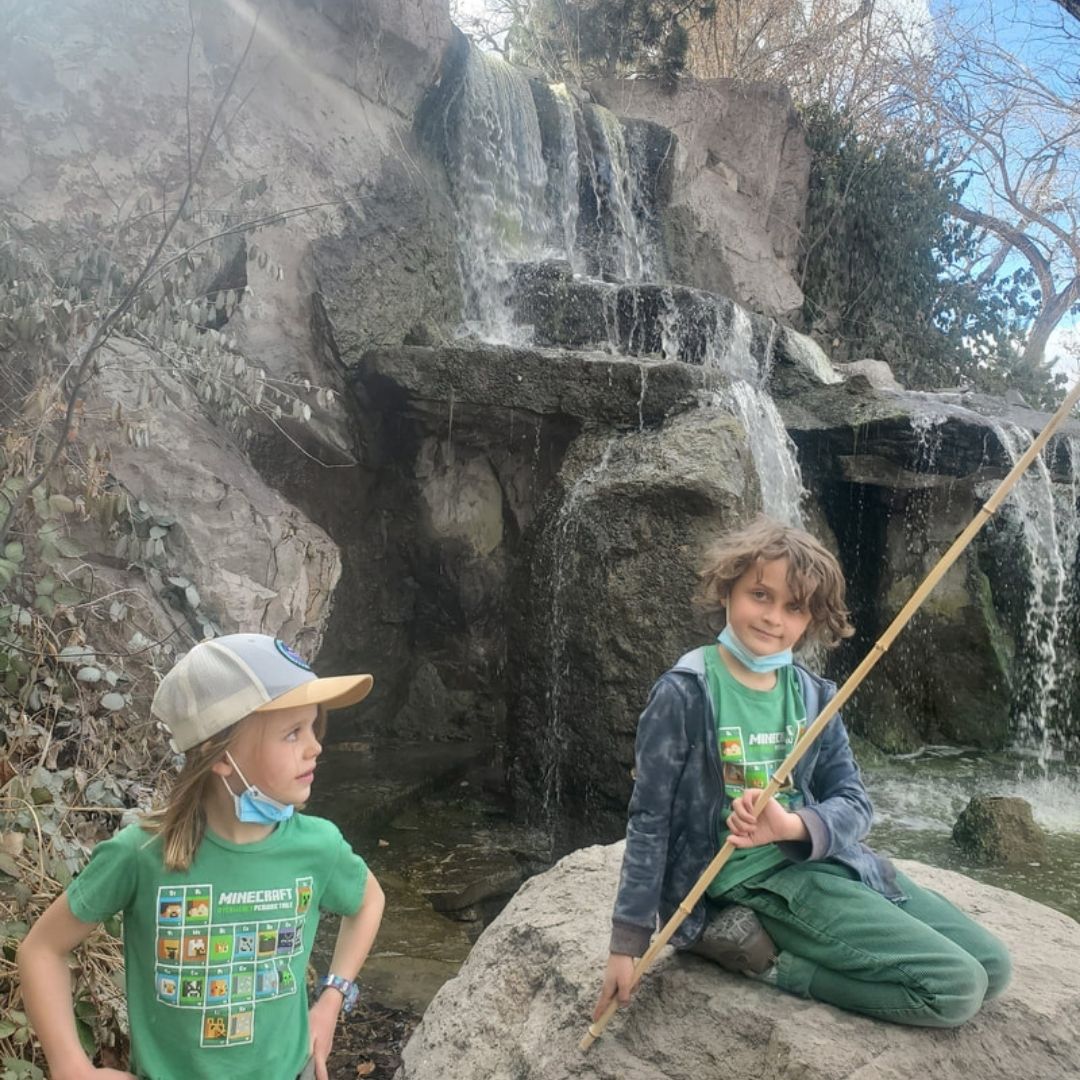 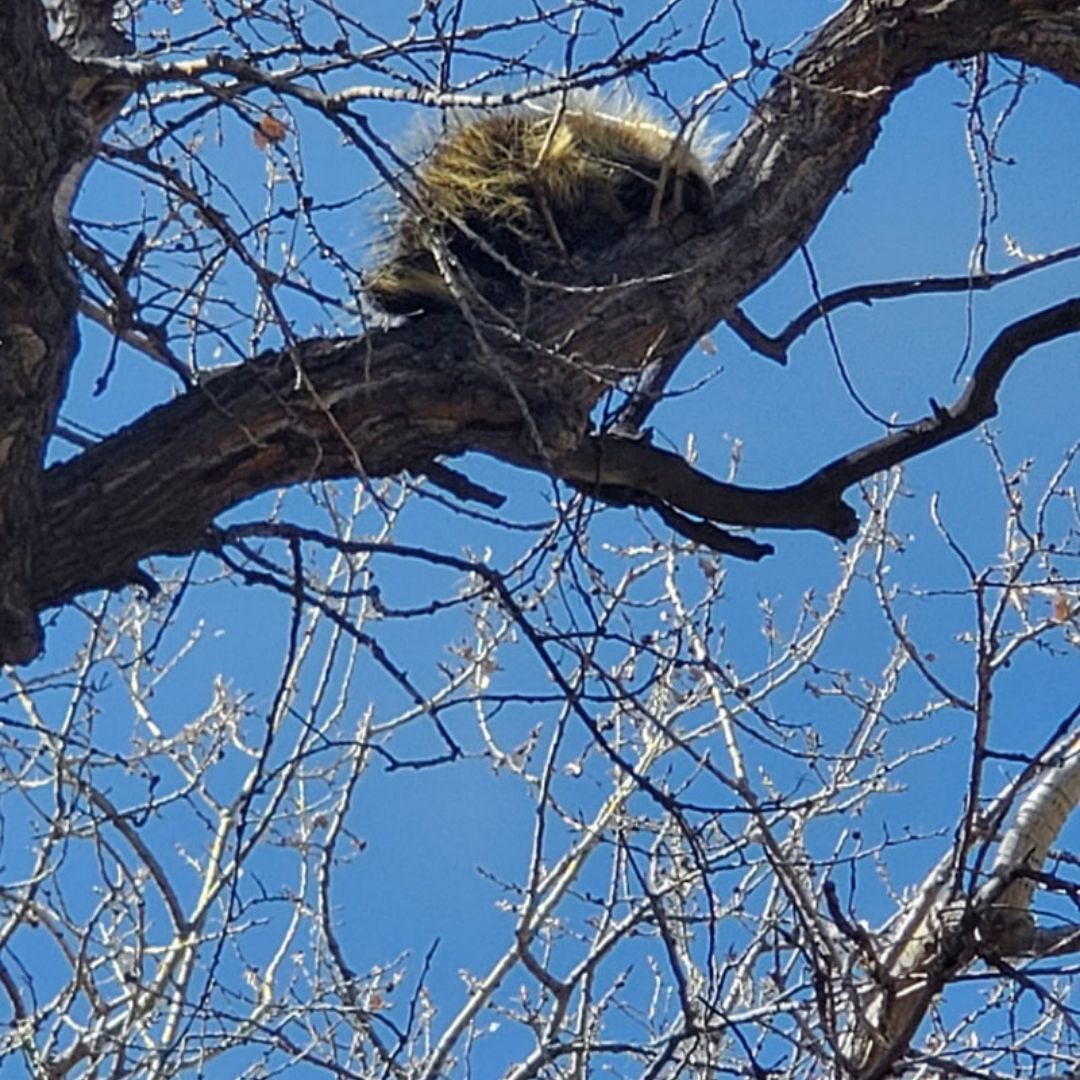 On the same property as the botanical garden, the aquarium is open after a 14-month closure. The public can view for the first time, Dixon, a river otter, who arrived shortly before the closure. The sharks, sea turtles, stingrays and large schooling fish live in an enormous ocean tank. And if you are lucky, you may see divers feeding them. Moon jellies, Japanese sea nettles and sea horses are exhibited in smaller tanks. I recommend the Shark Reef Café, which serves food and relaxing views of the nurse sharks, sand tigers, blacktip sharks, zebra sharks, moray eels and more.

A lesser-known part of the Albuquerque BioPark is Tingley Beach, a beautiful place to fish, free of charge, open sunrise to sunset. There are three large, stocked ponds: the Children’s Pond, where anglers 12 and under can fish without a fishing license, the large Central Pond where anglers of any age can catch a limited amount of catfish (in warmer months) or trout (in cooler months) and the Catch and Release Pond, which is stocked once a year with rainbow trout.

My kids went fishing a few times in April and did not catch anything, but they enjoyed climbing the waterfall, viewing the metal public art sculptures, biking and walking the paved path around the ponds, and feeding the ducks at the adjacent Bosque Pond. On one trip to Tingley Beach, we fished for an hour and then crossed a narrow street and bicycled on the Bosque Trail — a 16-mile multiuse trail uninterrupted by roadways — through the Rio Grande’s cottonwood forest.

The Albuquerque BioPark is a special, secluded paradise. As the summer goes on, more attractions like the zoo’s carousel, climbing play structure and paddle boat rental station may reopen. Already there is so much wonder, so many plants, animals, paths and ponds to explore for the young and old, in this nearby beautiful green oasis in Albuquerque. The zoo, aquarium and botanic garden are open every day from 9 a.m. to 5 p.m., and Tingley Beach is open daily from dawn until dusk. 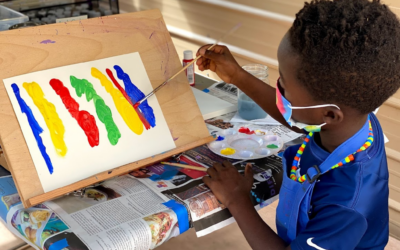 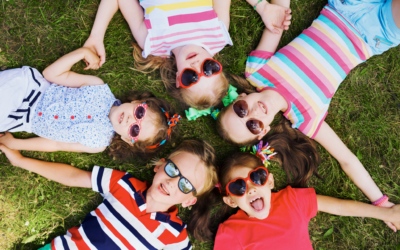 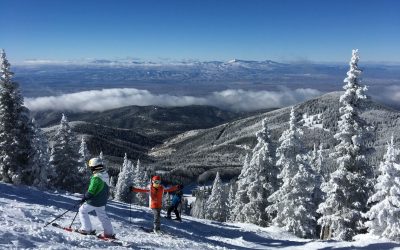 Embracing the Safe Outdoors Don’t let winter keep you cooped up in places where viruses thrive. Over the last two trying years, I’ve often remarked how fortunate I feel that my family and friends are already enthralled with the safest place to be: outside. In the...