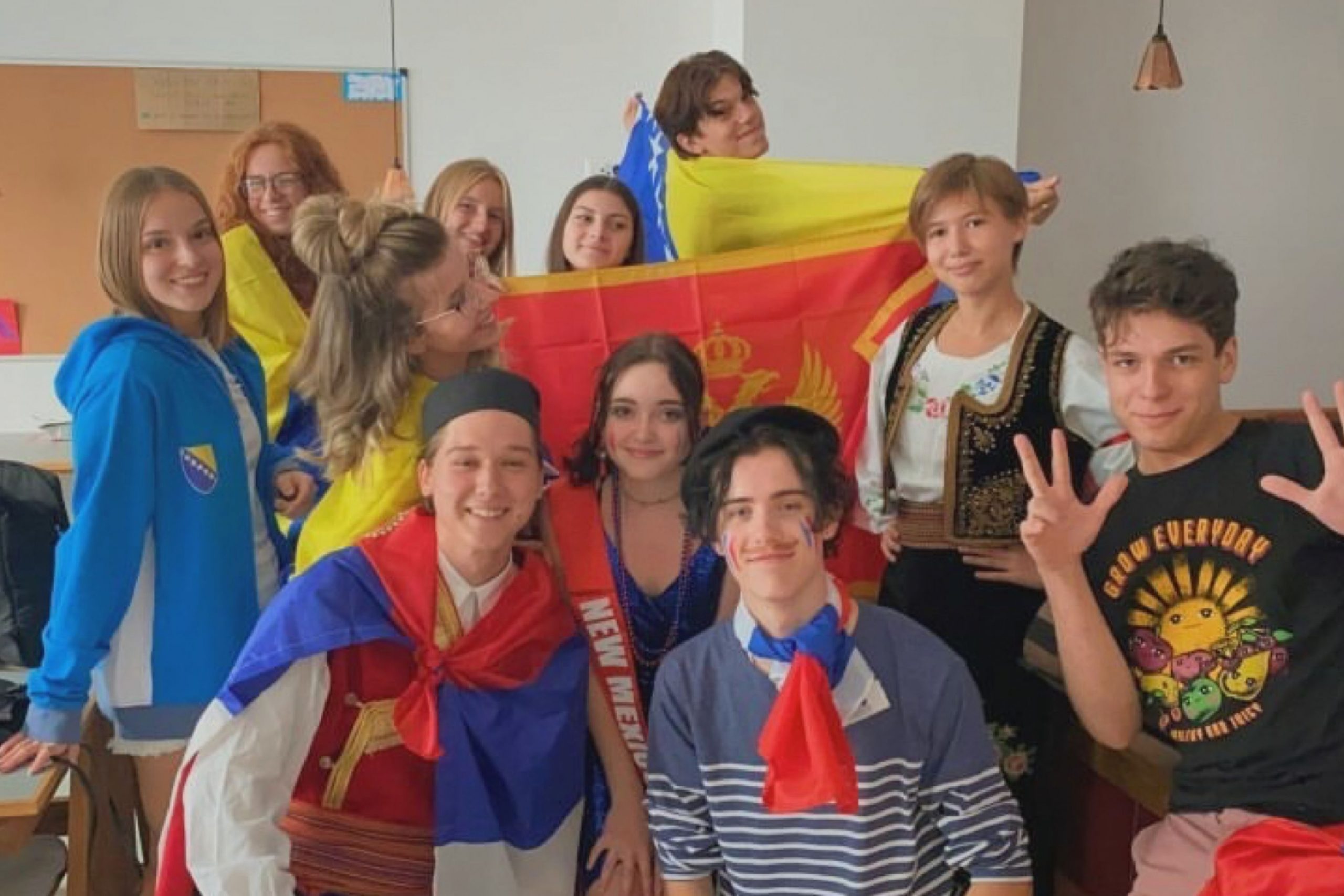 A Santa Fe teen embraces the chance to learn overseas.

Most teenagers fantasize about turning 18. We’re told everything changes once you become an adult, and 18 is the magical age at which we gain our freedom by leaving home and heading off to college. We spend most of our teenage years romanticizing what this mighty milestone signifies.

I’ve been awaiting this deadline literally for years, eager to speed up the never-ending anticipation. So, when presented with the opportunity to cut down my waiting time and move out at 16, I jumped at the chance.

I first became aware of the United World Colleges in 2018, after my aunt was assigned a project at the campus in Montezuma, New Mexico. I was immediately drawn in. Living in another country surrounded by people from countless corners of the world quite literally described my dream school. I spent the next two years obsessing over the dream-like concept of UWC. 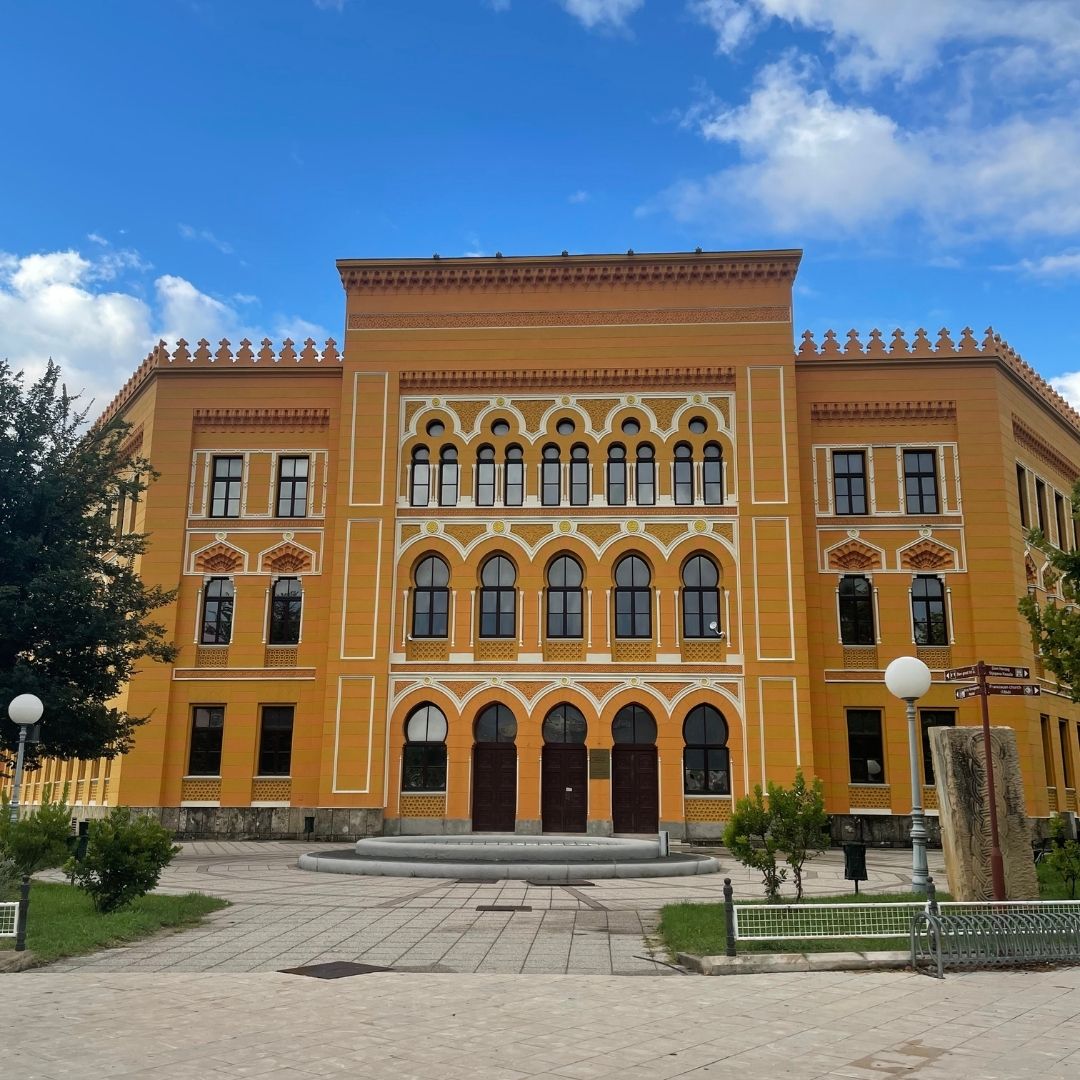 The United World Colleges are a series of 18 international boarding schools that follow the International Baccalaureate, a two-year program for students completing their last two years of high school. To quote their impact statement, “UWC is a global movement that makes education a force to unite people, nations and cultures for peace and a sustainable future.” This global movement enraptured me and has led me to where I am now: the UWC campus in Bosnia and Herzegovina, also known as UWC Mostar.

I started my application in July 2020 and received my acceptance letter in March 2021. Completing the application process was easily the hardest thing I have ever done, as well as the most rewarding. When applying to UWC you’re asked to rank your campus choices from one to 18, but the final decision of which campus you will attend is decided by the application committee.

Upon receiving my acceptance letter, I learned I would be spending the next two years in Bosnia and Herzegovina. It’s nearly impossible to describe my excitement. I love New Mexico, but the appeal of completely immersing myself in an unknown culture and beginning my new journey engaging with adulthood was too good to pass up. I received many questions from my friends and family, most commonly, “Why Bosnia?” It was often hard to explain that I didn’t quite choose it, and even harder to explain why I was so excited. My excitement had little to do with the location, though; to be quite honest, two years ago I had no idea Bosnia and Herzegovina was even an existing country!

I started my studies at UWC Mostar in late August 2021. All UWC schools follow the International Baccalaureate program, which requires six subjects, so regardless of campus, all UWC students take the same number of courses. I am studying psychology, anthropology, chemistry, English language and literature, Spanish Ab initio, and mathematical analyses and approaches. The ability to pick your courses according to your interests is an aspect of UWC that I greatly appreciate. 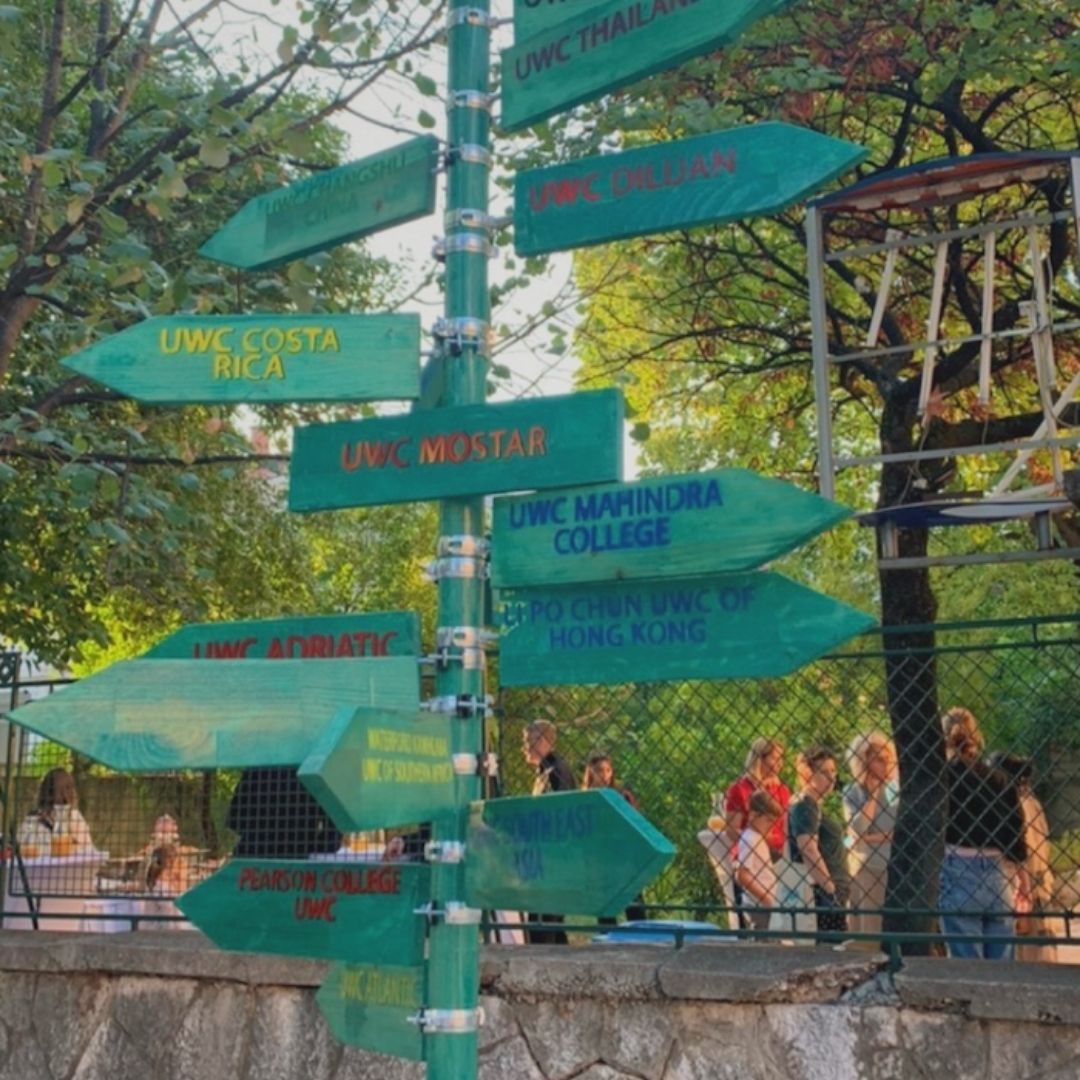 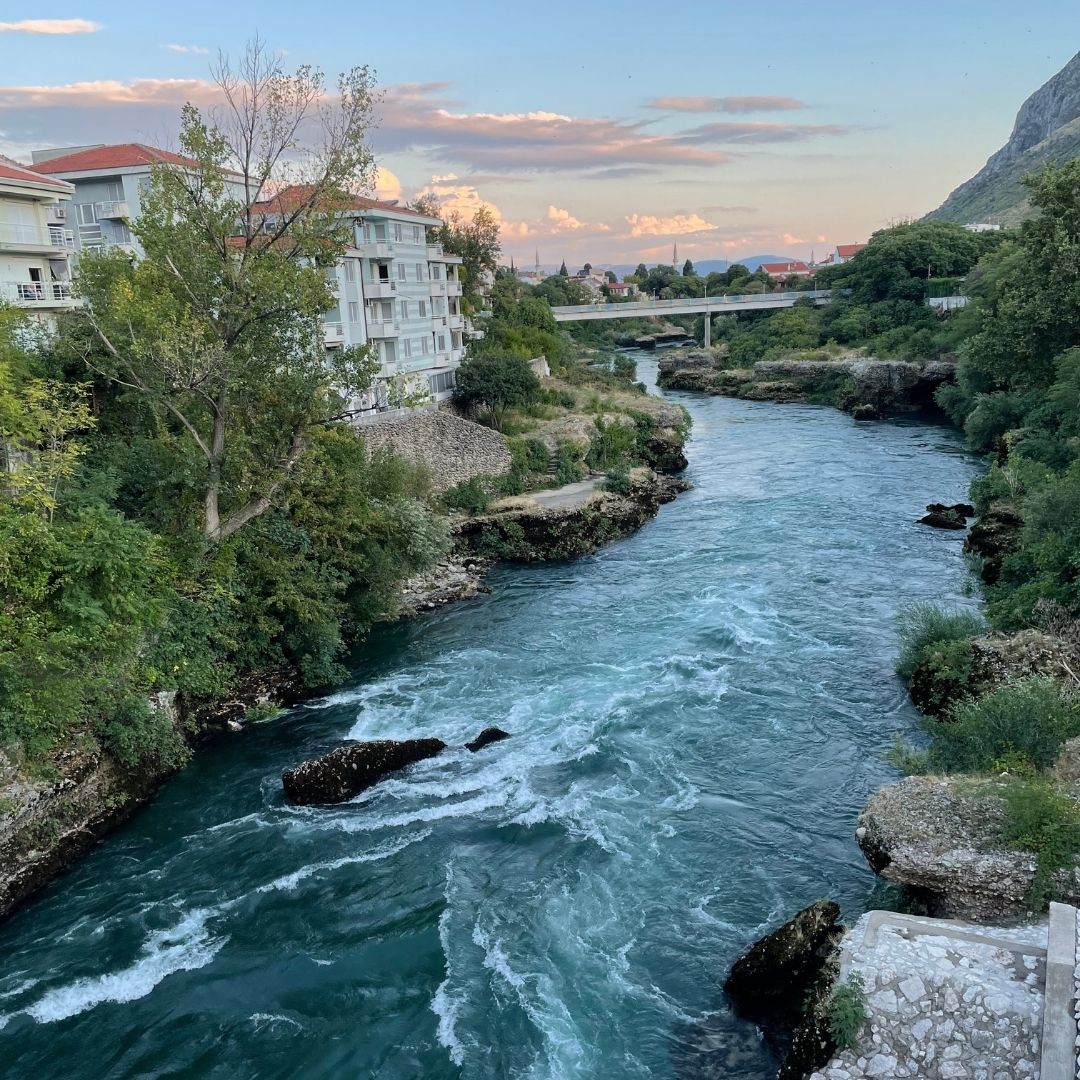 One of the more unusual aspects of the school in Bosnia and Herzegovina is the fact that it is on an open campus. Students freely roam the city, with school buildings and dormitories located at various points. This is very unusual, as 16 out of 18 UWC schools are closed campuses. UWC Mostar has four dormitories located throughout the city, and a fifth is in the making. At this campus you share a room with anywhere from one to three other students, and you are intentionally placed with students of other cultural backgrounds in order to promote as much diversity as possible. My three roommates are from France, China, and Bosnia and Herzegovina.

Since arriving, I have been surprised at the similarities between the United States and Bosnia. I often find myself forgetting that I’m on a whole different continent, not a city in the U.S.  But the experiences I’ve had can only come from being 5,000 miles from home and surrounded by new places and people. You gain a sense of adaptability that is hard to learn in any other situation. As someone who grew up extremely dependent on her parents, I’ve been amazed at the new skills I’ve learned since moving abroad. I’ve learned I’m capable of calling a Bosnian bank when my debit card happens to get stuck in an ATM for two weeks, as well as asking for help when I realize the situation requires an adult.

The most influential part of attending UWC, as you could probably guess, is the people. I happened to meet my most impactful person during the last stage of the application process. We quickly became close, but the chances of us both getting into UWC, much less the same campus, were extremely small. When we were both accepted into the UWC campus in Bosnia, we were beyond surprised. In a place in which you’re surrounded by people speaking foreign languages, speaking of cultural icons you’ve never heard of, and with senses of humor you don’t quite grasp, it’s easy to find comfort in familiarity. In my case I found comfort in my U.S. classmate, and made friends with a girl from Mexico, and a boy from France. We are unlikely friends, with four contrasting personalities, different talents and faults, but that makes for countless interesting situations. My favorite moments are found in the hours I spend sitting and talking endlessly with them about everything and nothing. I never expected that I would place so much value on the rare moments I get to sit outside, forgetting about the responsibilities and stress that come with being a teenager, surrounded by the people I’m lucky enough to call my friends.

he price of attending United World College varies between campuses, but the program in Bosnia and Herzegovina has a cost of $20,000 per year for tuition, meals and boarding. The United States National Committee offers a program in which a select number of accepted participants receive a $50,000 scholarship, meaning my education is fully paid for by the Shelby Davis Foundation. Other scholarships are available, which are quite generous in nature. One of the really equitable aspects of UWC is its concept that acceptance should be based on character, not wealth. You aren’t even asked to submit any financial details until after you’re nominated to a program and begin the process of figuring out the logistics of paying your tuition.

One of the most special things about UWC is that there is no one specific type of student it is hoping to admit; the diversity is what makes it so unique. To those thinking of applying, there’s absolutely nothing to lose, so make the most of this opportunity. 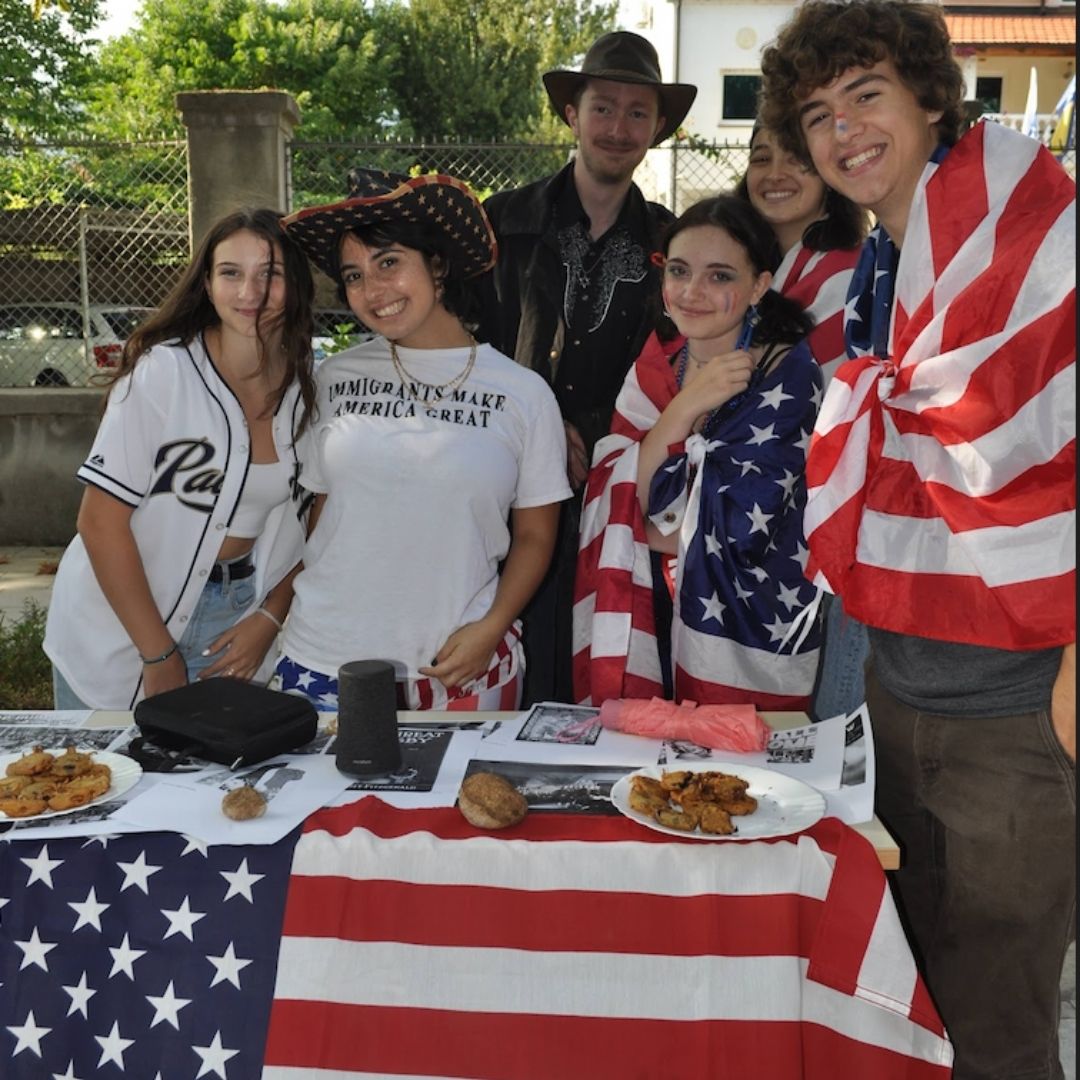 Liana Star attended Mandela International Magnet School in Santa Fe before enrolling at United World College in Bosnia and Herzegovina. After graduating in the spring of 2023, she plans to study forensic psychology and behavioral sciences at an American university, with hopes to study abroad again as a college student.

Search for Event or Program 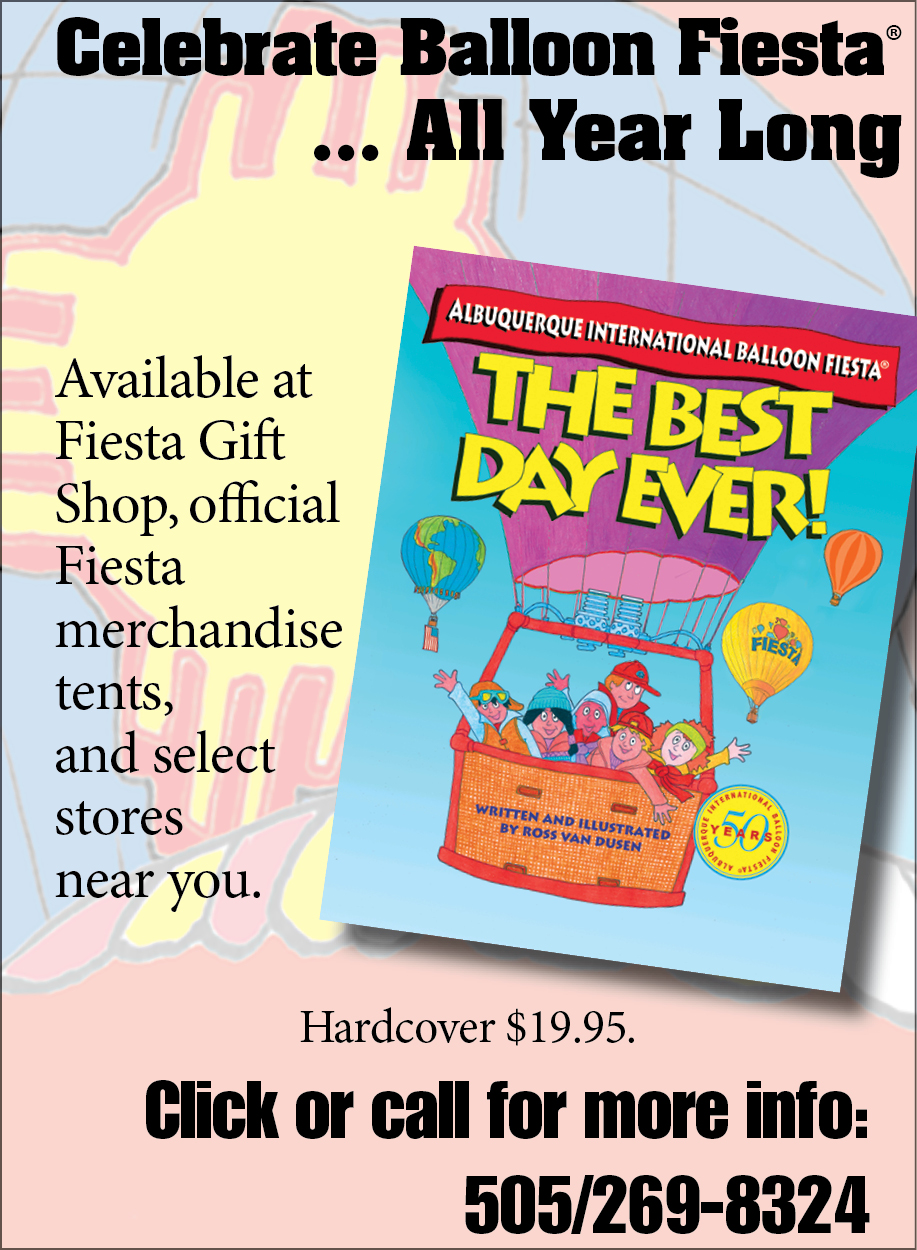 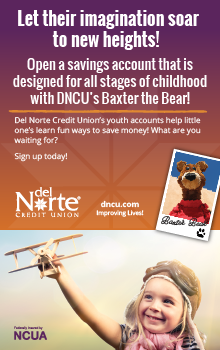 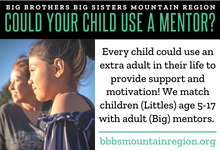 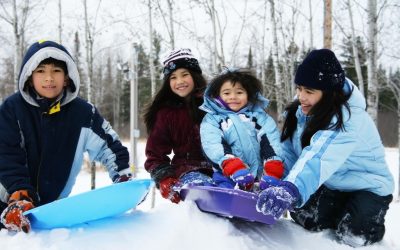 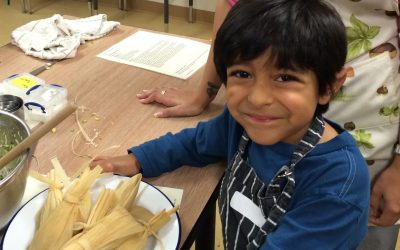 Let’s Get This Tamale Party Rolling!

Let’s Get This Tamale Party Rolling! Cooking with Kids shares simple steps for this New Mexico favorite. Join the tamalada! (That’s a tamale party.) The best way to make tamales is to have everyone help out — plus it’s a lot of fun! Little hands can help measure and... 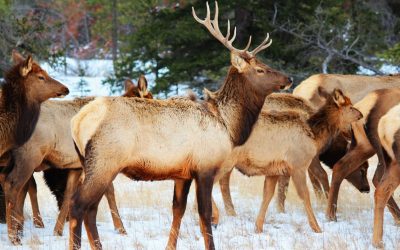 Horns, Antlers and Attracting the Ladies  (And a surprise about Santa’s reindeer!)   Winter has finally arrived in New Mexico! The leaves have finished changing and most trees are bare. Migrating birds have finished their travels to warmer areas further south,...